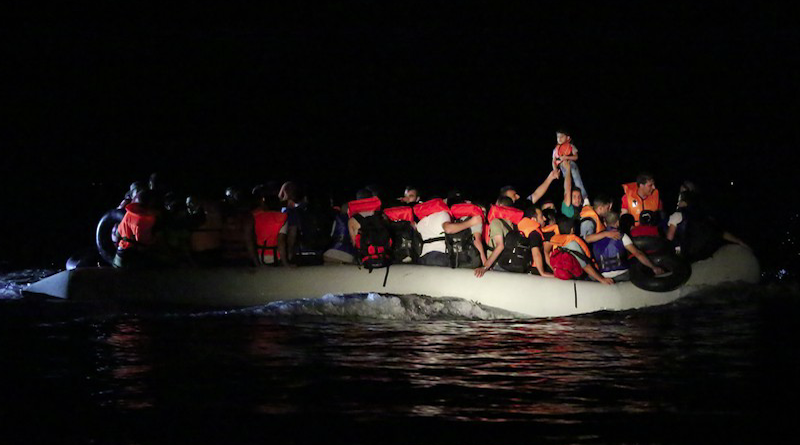 At least 15 people died, several of them children, and some 38 others are missing in five incidents involving smuggler boats carrying hundreds of refugees and migrants across a wind-whipped channel between Turkey and the Greek islands.

In the most serious incident, a wooden boat that passengers said had been carrying at least 300 people sank in gale-force winds off the north coast of Lesvos island Wednesday evening. The Greek Coast Guard reported it rescued 242 people from the stricken vessel and authorities confirmed seven deaths. Greek authorities and UNHCR were attempting Thursday to compile a list of survivors and missing persons and to try to find the parents of several hospitalized children. By midday, some 34 missing persons had been identified, in addition to four missing in other incidents Wednesday.

At least 15 children between the ages of three months and ten years and suffering from serious hypothermia were admitted to island hospitals. Three of them – two 2-year-old girls and a 3-month-old baby, were evacuated to a children’s hospital in Athens. The 2-year-olds remained in critical care Thursday morning, while the baby was in a paediatric unit.

The search for survivors of the shipwreck continued Thursday, but by midday there were no further reports of anyone being found. The sinking was one of five serious boat incidents on Wednesday and brought renewed pleas for help in the eastern Aegean.

“We have warned for weeks that an already bad situation could get even worse if desperate refugees and migrants must continue to resort to smugglers who send them out to sea despite the worsening weather,” said Alessandra Morelli, UNHCR’s Senior Operations Coordinator for Greece. “Our fears are now being realized. Nearly every day now we are seeing children, parents, the elderly and the young dying as they try to reach Europe.”

With the worsening weather conditions, Morelli said, there was an urgent need for strengthening of the search and rescue capacity in the area, where Greek, Turkish and vessels from other European countries have already rescued tens of thousands people so far this year. On Wednesday alone, at least 630 people were rescued in Greek waters. A meeting of States affected by the current refugee and migrant flow through Greece and the Western Balkans on Sunday called for boosting the Poseidon Sea Joint Operation in the eastern Aegean and specifically the presence of Frontex, the EU’s agency for external borders. UNHCR welcomed the move to save more lives.

Morelli also noted that UNHCR has consistently urged governments to increase legal pathways for refugees to reach Europe, which would help reduce the numbers of people resorting to smugglers and traffickers. These legal channels could include more resettlement; expanded family reunification programs; private sponsorship schemes; and more flexible visa policies for students and workers.

Since January 1, some 570,000 people have arrived in the Greek islands from Turkey, most of them on small rubber dinghies in which smugglers cram 50 or more people at a cost of between 1,100 and 1,400 euros per person. In recent weeks, however, refugees have reported that smugglers are offering ‘discounts’ of up to 50 percent to make the voyage aboard the rubber dinghies in bad weather. At the same time, there has been a significant increase in rescue operations and casualties. At least 202 have died or gone missing in Greek waters this year – including 102 so far this month. Turkish authorities have reported at least 159 dead or missing so far this year in their waters.

As the weather steadily worsens, newly arrived refugees report that the smugglers in Turkey are now searching for larger boats such as the one that sank Wednesday that can carry hundreds of people and for which they can charge between 1,800 and 2,500 euros per passenger.

UNHCR and its partners coordinate with Greek authorities in providing follow-up care for the survivors, including psychosocial support for those who lost relatives, transportation, accommodation, blankets, and medical care. 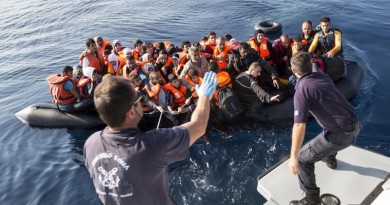 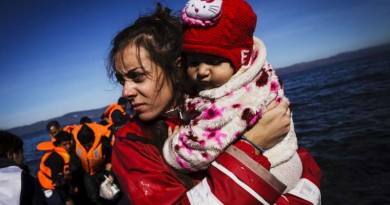 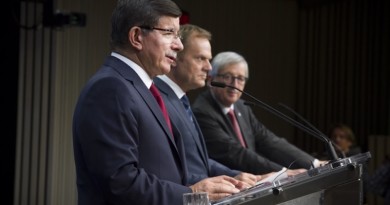