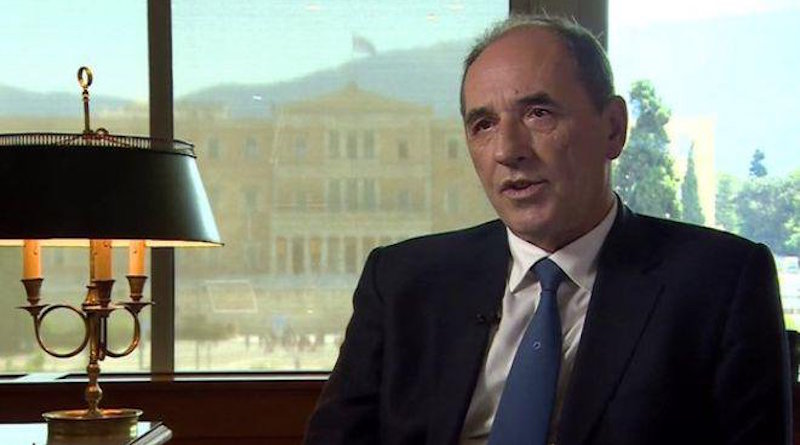 The recent financial crisis that has struck mainly the southern European countries has confirmed and highlighted the bottlenecks and limits of the top-down model of development and economic growth that has prevailed over the past decades. This model has been based on temporary profitability, exploitation of natural resources with incalculable environmental consequences and on enormous social and regional inequalities.

To a large extent, even the issues of financial equilibrium, swelling and weakness of public debt management and deregulation of the labour market in these countries demonstrate that there has been no alternative basis of social and economic policy through the prospect of a new form of social development

Τhe new development model, that is, the bottom – up model of development adjusts the development objectives and enhances participatory governance systems, whereas  it becomes conspicuous from its objectives and mode of operation that this model places emphasis on social economy that has already been implemented successfully in many European regions.

Similar initiatives to shift the growth model are supported by the Committee of the Regions, which recognizes and reinforces the importance of supporting social economy and social enterprises as a means of improving working conditions and sustainability of employment[1]. However, the Commission’s contribution to the scientific conceptualization and political determination of the new development model is based more on principles and less on an absolutely narrow and strictly defined regulatory framework. These principles are recommended as common both to most Member States, apart from the diversity of political, economic and social options, and to social entrepreneurs’ capacity for innovation. Consequently, concerning this particular content that may be acquired by the new economic policy, it is up to the individual strategy that the Regions develop within them in an endogenous environment of “smart growth”

In any case and at the level of principles, there should be underlined the contribution of social economy as a key factor in achieving the objectives related to the eurozone economic growth, employment, the European social model (which is a combination of sustainable economic growth and continuous improvement of living conditions and labour), economic, social, territorial and environmental cohesion and (technological, social, administrative and environmental) innovation.

This alternative and supplementary economic activity is registered as an integral part of the European social model and plays a crucial role in the objectives of the European policy for social development, employment, social cohesion, new entrepreneurship and social administration. It also connects economic and social players by consolidating partnerships with the public sector, private enterprises and associations so that greater consistency is achieved, while helping enterprises gain a local access to a globalized economy.

Social economy – that is, the non-profit economic activity of small and medium-sized producers, which ensures fair prices, reasonable profit and decent income for farmers – has a lot of potential growth in the Regions of our country and, indeed, immediately. The increase in unemployment and poverty in Europe has already resulted, inter alia, the emergence of new social enterprises that combat social exclusion and innovators, as compensation for coverage of new needs, especially in view of the inability of the states to design effective policies, mainly those that are related to local development, the integration of the long-term unemployed and the fight against social exclusion.

These activities take into account the overall social development and cohesion in local communities by giving priority to people’s need and employment. The basic principle underlying the activities of S.E. is the principle of democratic organization, whereas the economic basis of this cooperation is based on the features of a new mixed economy that can ensure effective benefits if the existing welfare institutions and processes of exercising social policy are modernized in depth

It should be also noted that alternative and supplementary economic activity is nowadays an integral part of the European social model and plays a crucial role in the objectives of the policy on social development, employment, and social cohesion. Social economy includes cooperatives, mutual security funds, non-profit organizations of institutions and social enterprises, provides a wide range of products and services throughout Europe and creates new jobs. The EU policy in this area aims to create a favourable regulatory environment for social enterprises in order to grow together with other businesses.

Furthermore, social economy enterprises benefit from the actions planned under the Small Business Act for Europe – approved by the Commission to support all SMEs in June 2008 – thus, they can meet the challenges arising from globalization and rapid technological changes of the global economic recession[2]. Regardless of the legal status of the agencies that make up social solidarity economic interventions, Social Economy organizations create jobs according to the principles of social solidarity (employment integration of social groups that are excluded from the labour market), whereas in many cases they provide public services.

Nevertheless, they are characterized mainly by their objectives through a different administration style and management that continuously combines the public interest, economic performance and democratic operation as well as adherence to values ​​defined in the principles of the Social Economy Charter, that is, broad social base, sustainable development, quality and stability of jobs and adoption of collective criteria for allocating profits. 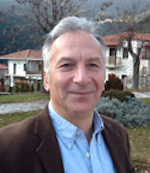 [1] In the “European platform against poverty and social exclusion”, 2008, the Committee of the Regions notes in Chapter “Social Economy, Social Innovation and Experimentation” that it welcomes the contribution of social economy, volunteering and corporate social responsibility in terms of added value they bring to the Regions.
[2] ΕU “Guide to Research and Innovation Strategies for Smart Specialisation (RIS 3)”, 2012; Eu “RIS3 National Assessment: Greece – Clusters Smart specialisation as a means to foster economic renewal”, 2012; Ortega-Argilés, R., (2013). Smart specialization: economic transformation strategy. Department of Global Economics and Management, Faculty of Business and Economics, University of Groningen, The Netherlands.

Main photo source: MinDev Twitter (from a G. Stathakis’ interview with the BBC) 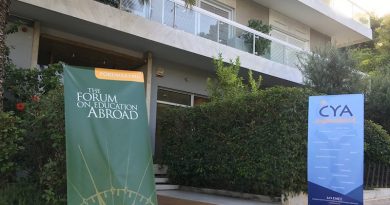 Explaining Greece and Europe to our education abroad students [opinion] 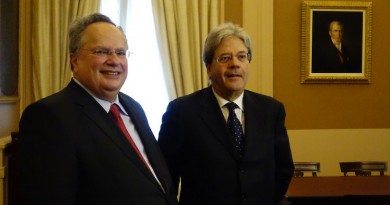 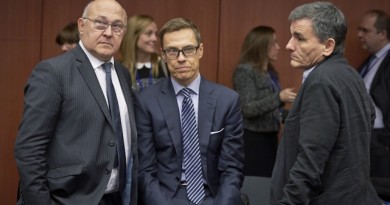