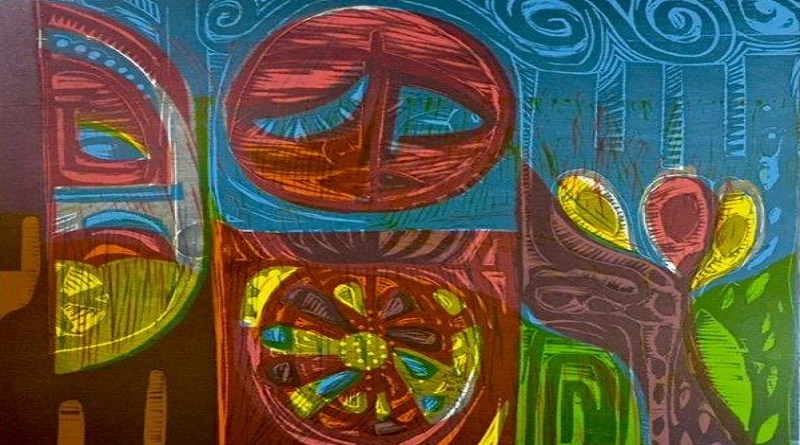 The “Technohoros” Art Gallery will host the  exhibition of Italian artist, Angela Occhipinti, entitled, “L’ Arte dell’ Incisione e la poetica dell’ imagine” (the art of engraving and the poetry of the image). The exhibition will take place under the auspices of the Italian Cultural Institute (Instituto Italiano di Cultura di Atene).

Angela Occhipinti was born in Perugia. She lives and works in Milan. After graduating in painting at the Fine Arts Academy of Florence, she specialised in graphic art and engraving, under the guidance of Pietro Parigi and Giuseppe Viviani. In her frequent travels abroad, she frequented and worked on Leblanc’s and Mourlot’s printing press and she came into contact with the greatest masters of modern art, including Picasso and Mirò. She made a thorough study with Hayter about the chemical processes in relation to the use of colours in the printing phases and acids in etching.

In Bologna she met Giorgio Morandi, whose engraving workshop she attended. In 1958, having moved to Milan, she met Lucio Fontana, with whom she worked on experimental ceramic art at Martinotti’s workshop and engraving at the “Grafica Uno” of Giorgio Upiglio in Milan.

From 1961 to 1975 she frequented and worked at Giorgio Upiglio’s printing laboratory, where she developed her graphic experience while coming into contact with artists of the shot of De Chirico, Duchamp, Lam, Man Ray, Paladino, Seuphor, Vedova, etc. At this time she’s starting the long way of producing and publicising books and portfolios containing original prints carried out with all of the various engraving techniques.

She has engraved around 900 plates (wood engraving, etching, lithography and the new various technique copper-plate engraving). She has published 53 portfolios of engravings, introduced by critics and writers of international fame.

For more information on the artist, visit the artist’s web site and the Technohoros Art Gallery web site.