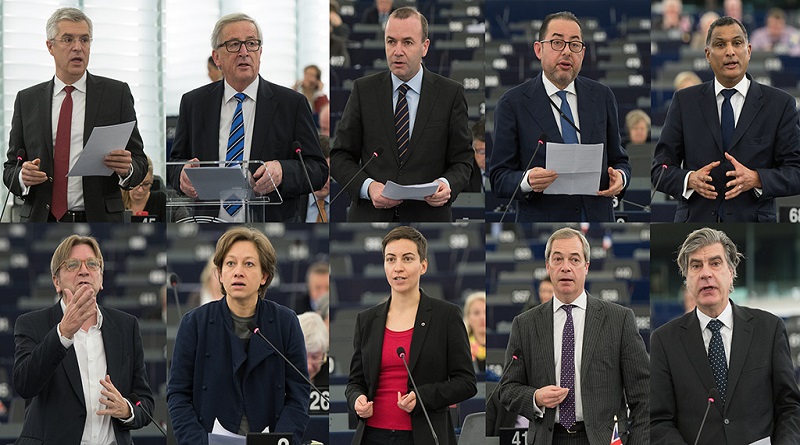 Political group leaders on Wednesday discussed how to relieve the humanitarian tragedy in Aleppo, sanctions against Russia and ways to boost European defence capacities ahead of the European Summit.

Ivan Korcok, Slovakia’s State Secretary for European Affairs, addressed the tragic situation in Syria and in Aleppo and pledged that the Council would work to halt breaches of international law there. He stressed that the EU must step up its internal and external security, strengthen cooperation with NATO and work with Turkey and African countries to bring down migration.

Commission President Jean-Claude Juncker, outlined progress made in 2016 in tackling the migration crisis and reducing youth unemployment by 10%, thanks to the European Youth initiative. He called for more support for Italy to deal with migrants and reminded member states of the need to double the €44 billion external investment fund to help fight the root causes of migration. To better protect EU citizens, he said member states must show ambition by setting up the defence Union, pool equipment, harmonize standards and create a common basis for research and industry through a European defence fund. Finally, he thanked Parliament for concluding negotiations on visa exemptions and thus allowing the EU to fulfil its commitments to Ukraine and Georgia.

Manfred Weber (EPP, DE) said that “Aleppo is hell on earth and we must act now to deliver humanitarian aid and discuss taking up refugees. “Putin has blood on his hands”, he said, and prolonging sanctions against Russia is the right signal. Mr Weber also called on Council to freeze accession talks with Turkey, as the country is “moving in the wrong direction.”

S&D group leader Gianni Pitella(IT) said “The EU driven by conservative forces does not work anymore: a new phase is needed”, especially in the aftermath of Brexit and US elections. He stressed that most EU priority initiatives were stagnating in the Council and that “each delay has direct consequences for people’s lives. (…) We need a diversity of political positions, which give democracy its richness. The structured cooperation of the last two and a half years is over.”

Syed Kamall (ECR, UK) said that the 45 EU summits since 2010 had been so many missed opportunities to tackle security, defence and unemployment issues. “People are angry that we have become out of touch with their legitimate concerns”, he stressed, proposing that the EU should learn from local projects what works on security, integration and job creation.

Guy Verhofstadt (ALDE, BE) urged EU member states to impose sanctions on the Assad regime, Russia, and Iran and to combine the multiple defence cooperation structures the EU in a defence Union with one structure. He also warned the Council not to move ahead with Brexit negotiations without involving the European Parliament from the very beginning.

For the GUE/NGL, Eleonora Forenza ( IT) said that Italy’s Renzi-led government had failed, and attacked the EU’s so-called Migration Compact. “It proposes cooperation with transit countries in exchange for enhanced border control and is seen as a success: how is this possible if even the Fundamental Rights Agency (FRA) talks about significant violations of human rights?”, she asked.

Ska Keller (Greens/EFA, DE) called for “pooling and sharing” when it comes to EU defence rather than “nurturing the defence industry”. She also criticized member states for failing to relocate and resettle migrants as agreed.

Nigel Farage (EFDD, UK) noted that 2016 had been an historic year, with the “three wise men’s gifts” of Brexit, Trump’s triumph and the Italian rebellion, which he saw as signs of democratic revival.

Marcel DE Graaf (ENF, NL) said that Europe needs a “structural solution” to migration issues, which includes closing its borders “properly” and sending illegal migrants back to their countries of origin, as he believes that they pose a threat to Europeans. 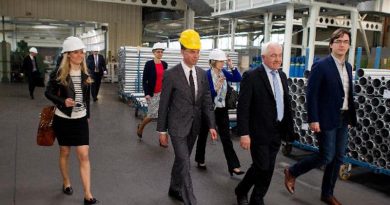 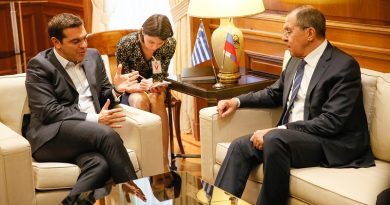 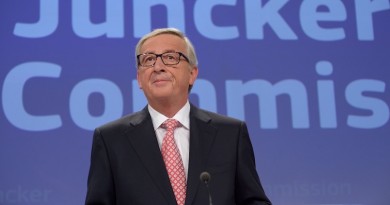