The 5th African Film Week to take place in Athens 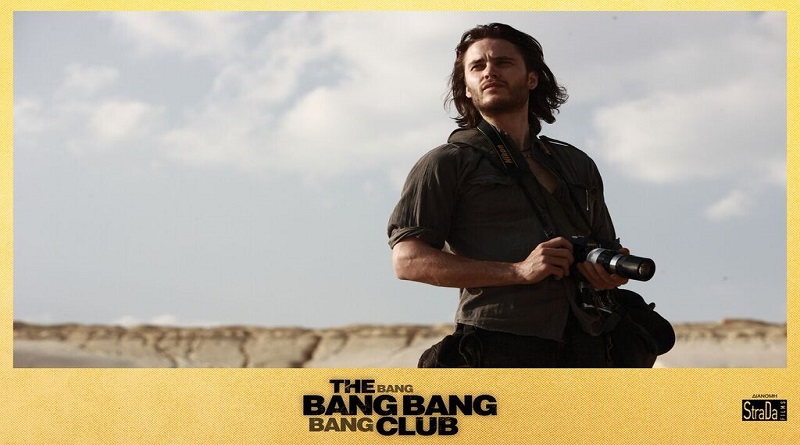 The Greek Film Archive, the Embassies and Honorary Consulates of African countries are organizing the 5th African Film Week, starting on Thursday, February 25th and until March 2nd.

A total of 14 feature films and a documentary will be screened, from 10 African countries; South Africa, Angola, Kenya, Egypt, Ethiopia, the Democratic Republic of Congo, Morocco, Nigeria, Sudan and Tunisia.

The aim is for Greeks to get acquainted with today’s Africa, to recognize it for what it is and for what it can offer; a continent with strong cultural peculiarities, which from north to south is struggling to conquer progress and evolution. Through this rich audiovisual trip to the African continent, emphasizing both the diversity and collegiality, the event aims to build a closer cultural cooperation between Greece and the participating African countries, and their respective cultural organisations, and hopes to create fertile ground for future cooperation in the audiovisual sector .

The opening film to be screened on Thursday, February 25 is “Destiny”, directed by Youssef Chanine.
On Friday, February 26th director Zeresenay Berhane Mehari will present his film, “Difret”.
From Angola, the director Manuel Narciso “Tonton” is expected in Athens to present the documentary, “Children Accused of Witchcraft”.

All screenings will take place at the Greek Film Archive (48, Iera Odos & 134-136 Megalou Alexandrou streets) and admission is free.

THE FILMS BY COUNTRY

ANGOLA
Two feature films and a documentary will be represented this year by the Angolan cinema. “Immigrant” (2010, 80 ‘) presents the story of two poor youngsters who survive on the streets of Luanda; when one of them wins the lottery, he decides to fulfil a childhood dream, to get to know Europe, but reality will disappoint him.
“Blood Trails” is a movie (2013, 90 ‘) based on true stories of children who were victims of human trafficking and sexual abuse.
The documentary “Children accused of witchcraft” (2015, 63 ‘), which will be screened in the presence of the director Manuel Narciso “Tonton”, depicts testimonies and scenes of social injustice to children who have been accused of witchcraft by their families.

EGYPT
The historic film “Destiny” (1997, 135) will represent the Egyptian cinema. This is an exciting adventure that takes place in the 12th century, regarding the life of philosopher Avveroes, the most important commentator of Aristotle, who lived in Andalusia and thought the Koran was open to interpretation. Youssef Chanine was a leading Egyptian director. He was  born in Alexandria in 1926 and he passed away in 2008. Following his studies in Los Angeles, he returned to Egypt to work in the film industry. With his film “Nile Boy” (1951) he participated in the Cannes Festival, while his next film “The Blazing Sun” (1954) made Omar Sharif famous in the film industry. The most characteristic movie depicting his style and concerns was “Cairo Station” (1958). His film “Alexandria.. Why?” (1978) won the Silver Bear at the Berlin Festival. In 1997 he was honoured at the Cannes Film Festival for all his work.

ETHIOPIA
Ethiopia brings “Difret” (2014, COLOR. 99) in Athens, which will be screened in the presence of the director Zeresenay Berhane Mehari. A film inspired by the true story of a 14-year old girl who was kidnapped by the man who was destined to become her husband. In her village, the practice of kidnapping for the purpose of marriage is common and one of the oldest traditions of Ethiopia. A young lawyer will try to defend her, entering into a conflict between human rights and the observance of customary law, risking the law office that offers pro bono legal assistance to women, to save her life.

DEMOCRATIC REPUBLIC OF CONGO
This year the Democratic Republic of Congo will be screening a comedy, “Villa Matata” (2015, 97). Mohammed, Toto and Ali are three cousins who live in the villa of their stingy uncle and they invent various ways of squeezing money out of him. Toto gets the idea of staging a fake death in order to steal the money for the funeral.

KENYA
Two films will be seen this year from the developing – during the last decade – cinematography of Kenya. Directed by Alexander Konstantara, the comedy “Fundi-Mentals” (2015, 87) presents the adventures of two technicians who want to believe they are the best handymen in Kinoo – a suburb of Nairobi. Their fantasy, however, is on the verge of collapse when a new multinational technical company opens up in the area. In order not to lose their jobs, they invent a new type of “express service” which has hilarious consequences.
The second film is called “Veve” (2014, 94) and follows the lives of multiple characters that revolve around a thriving “veve” production, which is a slang word for a small shrub that produces a narcotic substance.

MOROCCO
Two films by female directors come from the highly developed film industry of Morocco. “Rock the Casbah” (2013, 100), directed by Laila Marrakchi, takes place in Tangier, where a family gathers in the course of three days in the family home after the death of the father, to relive the memories and share his loss, as is tradition.
The historical epic “Zaynab, the rose of Aghmat” (2014, 89), directed by Farida Bourquia, presents the life of the legendary Zaynab Ennafzaouia, fourth wife of Emir Almoravid, during whose reign Morocco developed into an empire.

NIGERIA
The film representing this year the Nigerian film industry, also known as Nollywood, is “A place in the Stars” (2014, 108), a riveting detective thriller inspired by the real story of Dora Akunyili, Director General of the National Agency for Food and Drug Administration in Nigeria. The film unfolds in Lagos in 2006 and tells the story of Kim Dakim (Gideon Okeke), a young lawyer who has information about the trafficking of counterfeit drugs.

SOUTH AFRICA
Two films will be screened from the active cinematography of South Africa. The film “Yesterday” (2004, 96 ‘) takes place in a Zulu village, where the heroine Yesterday, a young mother, learns that she is a carrier of the HIV virus and tries to deal with the consequences of her illness.
The “Club Bang Bang” (2010, 106 ‘) is a biographical drama that tells the remarkable and sometimes harrowing true story of four photographers who are not only bonded by friendship, but who also lived extreme situations in order to capture their pictures in the days prior to the downfall of the apartheid in South Africa. The film premiered at the Toronto International Film Festival.

SUDAN
Sudan presents the movie “Sheikh’s Blessing” (1998, 113), which denounces the phenomenon of charlatanism and witchcraft practices that survive in some Sudanese societies and which are caused by religious ignorance and gullibility. Although often such situations are the subject of satire and mockery, the film underlines the tragic consequences of the phenomenon with the aim of warning and informing viewers.

TUNISIA
Tunisian cinema is represented by the psychological thriller “El Ziara” (2014, 106 ‘) whose hero is a lonely taxi driver, Youssef. The discovery of an old house in the Medina and the fortuity with a mysterious young girl opened a breach on his forgotten past and upset his life. Youssef embarks on a search to find an unexpected relationship between the woman and the haunted house with the drama of his childhood.