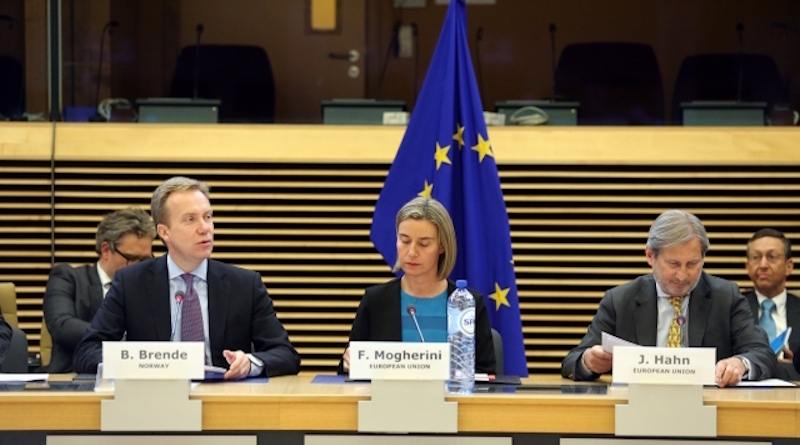 “The Council welcomed the joint framework in countering hybrid threats that includes 22 concrete proposals. If there is one field where the added-value of EU-NATO cooperation is absolutely clear, and where the EU tools can provide a lot of support to the work NATO is doing, it is on hybrid threats,” said Federica Mogherini, High Representative for Foreign Affairs and Security Policy.

The Council adopted conclusions, underlining the need to mobilise EU instruments to prevent and counter hybrid threats to the EU, its member states and partners, while taking into account ongoing work as regards both internal and external policies.

The Council welcomed the intention of the High Representative to create an EU “hybrid fusion cell”, and highlighted the possible contributions from the EU’s Common Security and Defence Policy to countering hybrid threats, as well as the need for closer dialogue, cooperation and coordination with NATO.

The Council approved the launch of a military training mission in the Central African Republic (EUTM RCA) to contribute to the country’s defence sector reform. The mission will be based in Bangui and operate for an initial period of two years. Following up a EU military advisory mission (EUMAM RCA), it will work for modernised, effective and democratically accountable Central African Armed Forces.

The Council discussed the EU’s efforts to build capacities in support of security and development in order to enable partner countries and regional organisations to prevent and manage crises by themselves.

The High Representative highlighted the political support in both the Council and the Commission for a legislative proposal on the funding modalities. She called for outstanding legal issues to be resolved as soon as possible, so that a proposal can be presented in the coming months.

“Exactly one year ago, 800 migrants died at sea in Libyan waters south of Lampedusa. This finally provoked a reaction. We said the first priority is to save lives. Over the last six months, the EU’s naval operation in the Mediterranean Sea have saved 13000 lives, among them 800 children, arrested 68 smugglers and neutralised 100 vessels,” Mogherini said.

The Council discussed the EU’s activities relating to the external aspects of migration. It agreed on the need to put more focus on both the Eastern and the Central Mediterranean routes. It assessed progress in implementing the EU’s agreement with Turkey, and also reviewed the EU measures and initiatives taken on the Central Mediterranean route. Ministers underlined actions on the fight against traffickers and smugglers, notably with the EU naval operation EUNAVFOR med Sophia, the EU support to Africa through the Emergency Trust Fund, the launch of a series of comprehensive high level dialogues on migration with African countries and the work with countries of the G5 Sahel. Ministers also met with UNHCR High Commissioner Filippo Grandi.

This move helps pave the way for effective government of the country by the Government of National Accord (GNA) and for addressing the needs of the Libyan people.

The EU stands ready to offer security sector support in response to possible GNA requests. Upon request and following consultations with the Libyans, a possible civilian CSDP mission could support Libyan efforts inter alia through advice and capacity-building in the fields of police and criminal justice including on counter-terrorism, border management, countering irregular migration, the smuggling of migrants and the trafficking of human beings, as part of broader support to security sector reform.

This possible civilian mission could draw upon the existing planning capacity of EUBAM Libya. Further consideration will also be given to support that can be provided through EUNAVFOR MED Sophia, by enhancing its capacity to disrupt the business model of human smugglers and trafficking networks and to contribute more broadly to security in support to the legitimate Libyan authorities, for example through potential capacity-building for the Libyan coast guard, and the implementation of international law.

The Council discussed political developments in the Eastern partner countries and how best to take forward the EU’s Eastern Partnership (EaP), ahead of the annual EaP ministerial meeting on 23 May 2016.

To prepare the EaP meeting, it looked at the EaP framework in the context of increased differentiation of bilateral relations; ways to support EaP countries to continue reforms; and how the EaP can contribute to strengthening stability in the region. 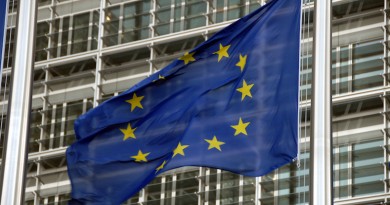 EU: the fight for fair taxation 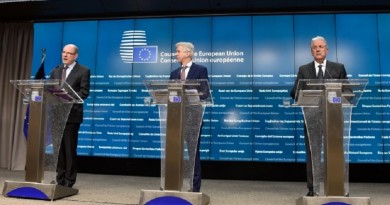 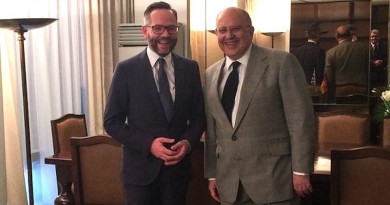