The Mexican Association of Artists and Intellectuals in Greece «BALAM», with the support of the Mexican Embassy in Athens, is organizing a two-day event to celebrate the “Dia de los Muertos” (Day of the Dead). The event will be held at the Aliko Café in the area of Psyri. The members of “Balam” will inform visitors on the meaning of the “Dia de los Muertos” , the symbolism of the colorful altars set in the memory of the diseased  and the traditional parade that concludes all celebrations.
Dia de los Muertos (October  31st-November 2nd)  is a  public holiday celebrated throughout Mexico. During the holiday family and friends gather and pray for all friends and family members who have died, in order to  support their spiritual journey. Since 2008 it is included in UNESCO’s Representative List of the Intagible Cultural Heritage of Humanity.

People also make private altars called “offrendas”, honoring the deceased using sugar  skulls, marigold and the favorite foods and beverages of the departed. They also gather at cemeteries offering these as gifts.

Events in Athens will take place at the “Aliko” Cafe, on 16, Aghiou Dimitriou st. in Psiri, starting on October 30th at 19:30 and until the evening of October 31st. Admission is free. 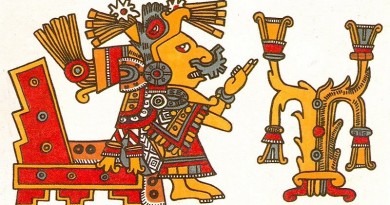