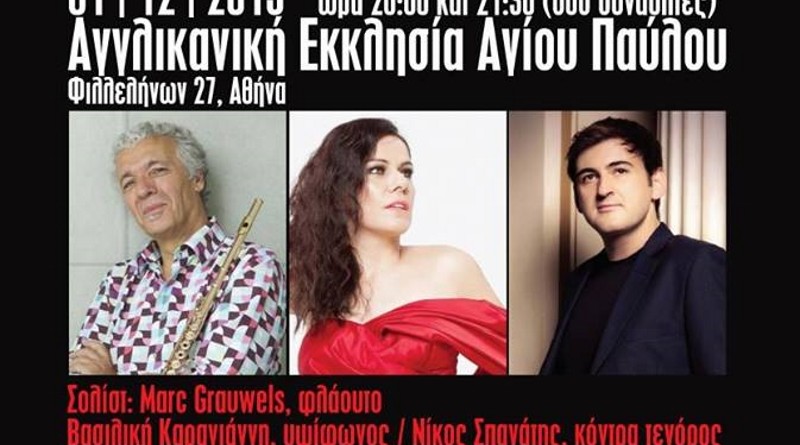 The Brussels Virtuosi, the international ensemble,was founded in 1981 on the initiative of flutist Marc Grauwels. Its first concert took place on the occasion of the opening of the International Music Festival of the city of Brussels in 1981. Its name ” The Brussels Virtuosi ” is rooted in the idea to play “Brilliant Fantasies” of the nineteenth century. This type of music allows each instrument to play solo as well as embossing in due circumstances each individual instrument, highlighting its several qualities.

The “Brussels Virtuosi” have participated in countless international Festivals such as: the Festival of Wallonia, of Flanders, of Hong Kong, of Ravello, of Seoul, of Tokyo…The orchestra regularly tours in Spain, in Germany, France, Austria, Greece, Italy, Japan, Korea, the Untied States, the Netherlands, the Grand Duchy of Luxembourg , Canada, Mexico, Venezuela among many others.

They have recorded an impressive amount of CDs, one of which was awarded the “Disk Prize” edited by Hyperion and which was consecrated to the chamber music with flute by Mozart. This CD comprises amongst others the gorgeous adagio and rondo K 617 with musical glasses. This programme with Thomas Bloch at the musical glasses is part of the numerous original programmes of the repertory leaving aside trodden paths.

They will visit Greece on November 28th to perform in Serres and Kavala (northern Greece), at the Archaeological Museum of Piraeus on November  30th and  at St Paul’s Anglican Church in Athens on December 1st (2 concerts with Soprano Vassiliki Karayanni and countertenor Nikos Spanatis).

To view the program of events visit the Specs n’ Arts web page.