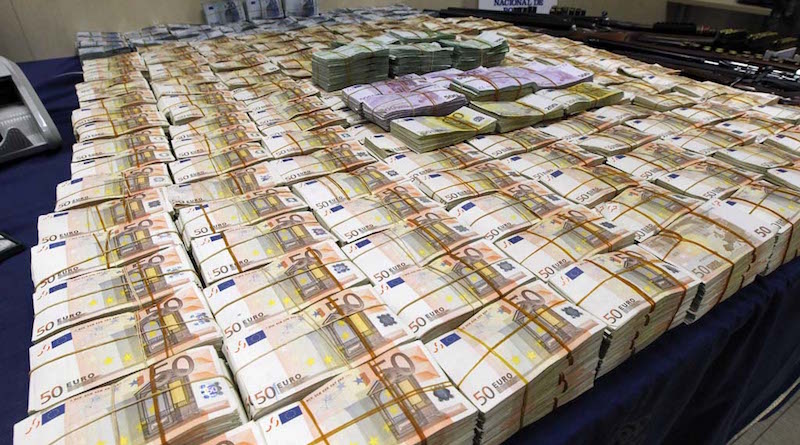 We call Vicious Circle the reasoning and thus the practices, where the outcome is perceived as the cause. With such a “rational process” is impossible to understand and finally solve a problem, because we limit our efforts to minimize the effects (symptoms), while the real cause is still going and remains intact. A typical example is the treatment of the Memorandum of the loan agreement, not as a result, but as a cause.

Focusing our efforts on the result rather than the cause is due to two reasons: (1) To the failure of identifying the cause, as it happens with the newly appearing infectious diseases, where until the discovery of the cause, we are dealing with combating the symptoms, and (2) due to the existence of erroneous, but established perception that the cancellation of the real cause deterministically or practically is impossible and therefore the only possibility is to confront the symptoms.

Tackling the corruption of the political system is similar to the treatment of an unprecedented infectious disease. But in the case of the “plague of the political system”, the focus of efforts on the symptoms is not due to objective impossibility of identifying the cause, but to the deliberate creation and maintenance of “reasonable procedure of the vicious circle”, which is the survival vehicle of those exercising the profession of leader/representative; the profession of civil leader and of the spiritual leader.

In the following we will attempt to identify: (1) The vicious circle of corruption in the current political system and (2) the dominant cause / effect of the vicious cycle that has the sovereign responsibility for the birth and continuance of corruption.

It is understood that breaking the vicious circle can only be achieved by canceling the dominant cause, while other efforts lead to temporary and limited results, which, after a while, become the same again.

The vicious circle of corruption in the political system

In the political system of representation, corruption is developed through the following four main phases. The key characteristic of these phases is that each one of them occurs as the result of the previous phase and as the cause of the next, creating a continuous cyclic process without end and beginning.

– Phase A. The representatives / leaders take irrational and immoral decisions, which have formal legality, ie they have compatibility with the letter but not with the spirit of the Laws. The primary objective of these decisions is not the institutionalization of privileges for themselves, but the creation of followers; namely the creation of a citizens’ subset with which the party will lean upon to conquer and exercise the power. This primary objective is materialized through the cancellation of meritocratic selection of the citizens to appointments in the public services, promotions, state loans, etc., but by applying the selection from the fans. So the selection criterion is not the logical and moral forces of society, but the fans’ offer to the party. Such a non-institutionalized practice, is identical with the institution of Patricians and Plebeians of the Roman Empire, except that now is accompanied by verbose and false proclamation, that all citizens have the same rights and the same opportunities with “our own children”, with the modern patricians appointed by the party and not by the law exactly as it stood in Rome!

– Phase B. The result of phase A is the mutation of the “rulers, being ruled and responsible citizens” of the ancient Greek Democracy, into fans of some enlightened leader, that is into citizens without real power and also without responsibility for public affairs. The cancellation of the liability due to the cancellation of power is a deterministic evolution compatible with logic and ethics. When the major decisions and the induced from them minor decisions, are taken from the representatives, it is neither logical nor moral, citizens to have responsibility for them. Today the “responsibility / authority” of citizens has been limited in the election of their representatives, an election however done with rules and practices decided by the representatives and not by citizens themselves!

– Phase D. The result of the third phase is the election of representatives / leaders who, with their promises, commitments and… contracts with the People, create motivations, emotions and hope that their expectations will be realized, regardless of their logic, ethics and feasibility. The push forward of citizens, who have proven valuable spiritual and moral forces, has little or no chance of success. The so elected representatives / leaders further modify the institutions (Constitution, Laws, Decrees), so as the action of the phase A to be more compatible with the institutions and therefore to be made more easily and to a greater extent.

The phases, A-B-C-D,A… are repeated deterministically, like a “mathematical sequence,” tracing out the vicious circle. Every time a cycle is completed, the powers of representatives  increase and the privileges of fans are reinforced. Through this process the people gradually lost the status of the logical processor of information, which Nature donated them and acquired the status of consumer of information, donated them from the political system of the power of proxy. It is clarified that the loss of this status happens only, when citizens are exercising their political power; in all other sectors such loss does not exist.

The major causes of the vicious circle

The majority of ordinary people has experienced the aforementioned phases and has understood that the major causes of the vicious circle are:

1. The “low per capita cultivation of citizens”, the Pedia, leading to the election of representatives / leaders with reduced logical and moral forces.

2. The physical property / trend of selfishness [1] that exists in all people and obviously in the elected representatives / leaders. Such physical determinism was known to the ancient Greeks and, that is why the institution of representation was unknown in their State. Today Greeks know this determinism, and describe it with the maxim, “the priest blesses first,  his beard,” but they consider it as something inevitable.

3. The Laws (Constitution, Laws, Decrees), allowing to the elected leaders / representatives to take irrational and immoral decisions, claiming that these are the decisions of the majority of citizens! In the Democracy of the ancient Greek spirit, major decisions were taken from citizens themselves while the leaders, who were elected through lot, took the minor decisions induced and limited from the major ones. With these institutions, the doctrine “the Leaders are citizens’ servants” was a practice and not verbosity as it is today.

The dominant cause of the vicious circle

When asked which of the above causes is the dominant one, the answers are more than three. This shows that the identification of the dominant cause has objective difficulties or difficulties created from those having interest in the existence of confusion so the citizens cannot distinguish the cause from the effect.

But let’s try to identify which of those three causes is the dominant one, relying on common sense rather than on profound and abstruse theories.

– The Pedia/Education. Most people believe that the dominant cause is the Pedia but failing to define what is meant by the abstract noun Pedia.  In ancient Greece they defined Pedia as the training of young people, in order to transform them into free people, responsible and able to take decisions with the force of Logic for the good of all citizens. Pedia was the training of young people for Freedom and Democracy. Today people think that in order the young people to conquer Freedom, Logic and Democracy, teaching alone is adequate. But teaching without exercise in conditions of True Freedom and True Democracy, is not pedia;  it is training in the verbosity and often in absurdity, immorality and selfishness. [2]

– The selfishness of people as a physical property / trend can not be canceled, but can only be under control and limited to the level of “love your neighbor as yourself.” This control and containment is achieved, according to the teachings of philosophers and religious leaders, with knowledge and faith. But above all it is achieved with the institutions of the State, which control and reduce selfishness. In this case, ordinary people of the village say with allegorical meaning “and the Saint bullying needs.”

Therefore the leaders’ selfishness must be controlled and limited by the institutions. The choice of leaders with increased sensible and moral forces to limit selfishness it is both dubious and inefficient. As we say in mathematics it is “necessary but not the sufficient condition.”

The Laws. In ancient Greek Democracy the law was the Governor and not man. Here is what he wrote on this subject Herodotus in his 8th book. We copy it from the book of the great scholar Jacqueline De Romilly [3]:

King Xerxes is wondering how the Greeks can resist his huge army. A Spartan lying near him, gives him an amazing answer. The king then asks: “How can this small people resist? They haven’t a leader who, like me, can make people obey by hitting them, by using violence. ” And the Spartan replied: “Because they have a leader whom even more are trembling than they tremble you thy vassals. This leader is the Law. ” Today this answer may be surprising. He describes a system, contrary to tyranny, where the sovereignty was exercised through the law, not from a man. Athens had to insist on this idea of ​​the law, as opposed to tyranny. And Euripides in Iketides declares that for a tyrant law is his will. ”

Today the Law doesn’t govern, but the elected representative does. The current Republic differs significantly from the true Democracy, the Nomocracy mentioned by Herodotus.

Summer’s Referendum ended up as a tool in the exercise of power of the representatives, instead of being the leading and uncompromising citizens’ decision / command to the leaders.

The prestige of Laws has been deteriorated with their inflation and their constant changes that the delegates vote.

In the last 20 years in Greece have been voted: 2,178 laws, 14,248 presidential decrees and 17,638 ministerial decisions, in total 35,153 settings. These figures are evidence that the dominant cause of the vicious circle is the Constitution, the concept of which coincides with that of government. [4]

In today’s Regime / Constitution, the rulers have the institutional capacity to change, not only laws but also, the “Law of laws” that is the Constitution of the Country; to change the Constitution established, to protect the citizens from the arbitrariness of those exercising the power. The People characterizes this feature with the maxim: “John treats and John drinks.”

Thus, the vicious circle of corruption would only break by changing the Constitution, by which the current fans will be upgraded to people with authority and responsibility. But this change can’t take place until parliamentary elections being launched.

[1] Selfishness= the tendency of people to seek personal benefit (return) for each of their deed.

[4] According to the late Professor of Constitutional Law Aristovoulos Manesi “the concept of the regime coincides with the essential meaning of the Constitution” or in mathematical formalism: Constitution= Regime. 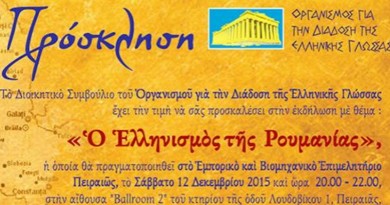 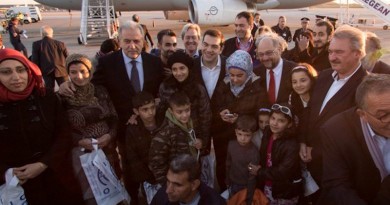 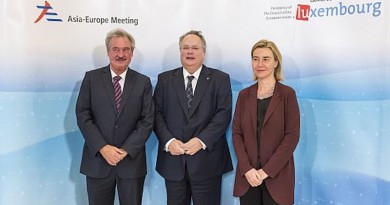