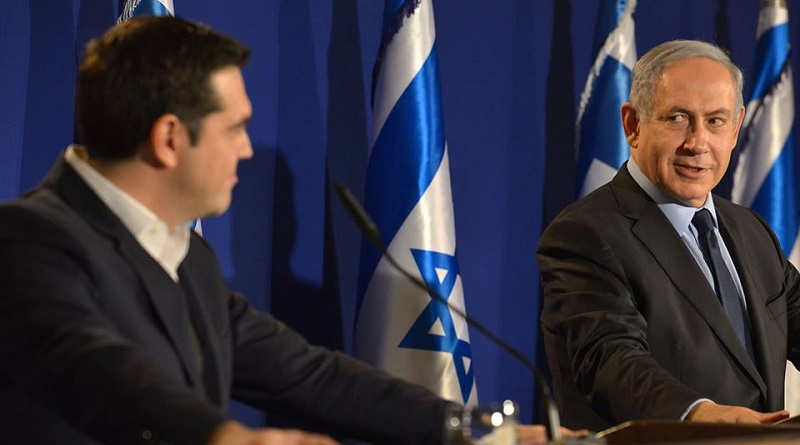 Greek Prime Minister Alexis Tsipras on Wednesday attended an intergovernmental meeting with the Prime Minister of Israel, Benjamin Netanyahu in Jerusalem. Among the issues discussed were joint efforts to combat terrorism and initiatives in the fields of energy and the economy, tourism and the refugee crisis. Benjamin Netanyahu also referred to the International Holocaust Remembrance Day and the efforts made by hundreds of Greek families to rescue Jews during the German occupation.

“Prime Minister Tsipras, Alexis, it’s a pleasure for me to welcome you and your delegation. The Middle East’s only democracy is proud to welcome the prime minister of the world’s first democracy. We are conducting the second G2G, the second government-to-government meeting.

We are two ancient peoples. You were standing outside the window, and I showed him the, showed Prime Minister Tsipras the Old City of Jerusalem, and I said, ‘This is our Acropolis’. So, the Acropolis and the City of David are the two foundations of much of our modern civilization, and while both Greeks and Jews can justifiably take pride in our rich, ancient heritage, we share a common desire to embrace the future. We want to seize the scientific and technological promise of the 21st century.

And we also face shared challenges. We are two Eastern Mediterranean democracies that want to bring progress, security and peace to our peoples. But we live in a region that is increasingly volatile and unstable, and plagued by the forces of Islamist extremism. I believe that we are much stronger when we meet these challenges together.

Over the last few years, Greece and Israel have greatly upgraded the scope and the diversity of our cooperation, and in this G2G meeting we will take further steps to strengthen this partnership: in diplomacy, in defense, in cyber security, counter-terrorism, in economics, trade, energy and innovation.

Energy also includes not merely discussing the possibilities of using our off-shore gas, but also connecting Israel, Cyprus and Greece with an electricity cable which will, for the first time, enable Israel to diversify its electricity grid and even export gas through electrical energy. We are going to discuss water, environment, agriculture, public safety and emergency responses, transportation, maritime affairs, tourism – many other areas. I think our cooperation makes both our countries more secure and more prosperous, and it’s something that has been long-overdue, but is happening and at a very rapid pace.

Mr. Prime Minister, your visit to Israel occurs on International Holocaust Remembrance Day. Civilized peoples everywhere unite to remember history’s greatest crime, the attempt to totally annihilate the Jewish people in an industrial program of genocide. I believe it’s not enough to merely commemorate the mass murder of Jews in the last century. I think we have to be vigilant and strong in the face of the calls for new genocide, for the new upheavals of murderous creeds that seek to annihilate modern peoples, the remnants of ancient civilizations, the very way of life that developed through our common culture. And I believe that we have the capacity to learn from history and prevent its repetition.

I, during my visit to Greece, saw the heroism of Greeks, of mayors, of clerics, who stood up to the calls to bring in the Jews for annihilation, and I remember one particular case in which a mayor and a cleric came to the Nazi official who ordered them to deliver Jews, and they said, they came just the two of them, and said, ‘Here are your Jews. We are the Jews’. We never forget that. It’s a great, great testament of human bravery.

Your government stands resolutely against neo-Nazism,anti-Semitism and racism, and it’s something we applaud. You have shown that Greece, the cradle of democracy,remains a bastion of tolerance and freedom, and that’s no easy task in these days. I know how important that is for all of us as members of the civilized community. I also want to express my appreciation for Greece’s principled positions towards Israel in international forums.

Greece is a true friend. I believe that we are developing a friendship that can turn into a genuine alliance for peace, for progress and for security.”

Prime Minster Alexis Tsipras referred to the Greek government’s efforts to deal with the refugee crisis and called on Europe to “live up to its commitments”. He also described refugee flows as “the largest population movement since World War II”.

On January 28th, PM Tsipras will travel to Cyprus to attend a trilateral meeting in Nicosia, with President Nikos Anastasiadis and Benjamin Netanyahu. 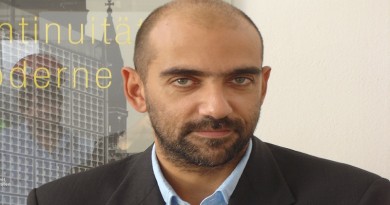 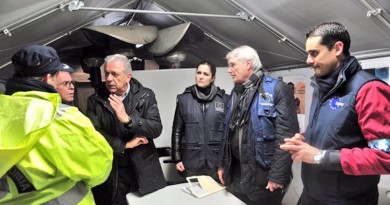 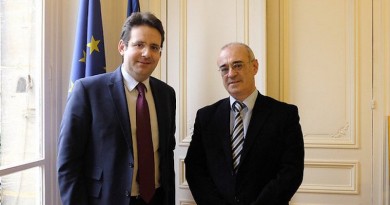