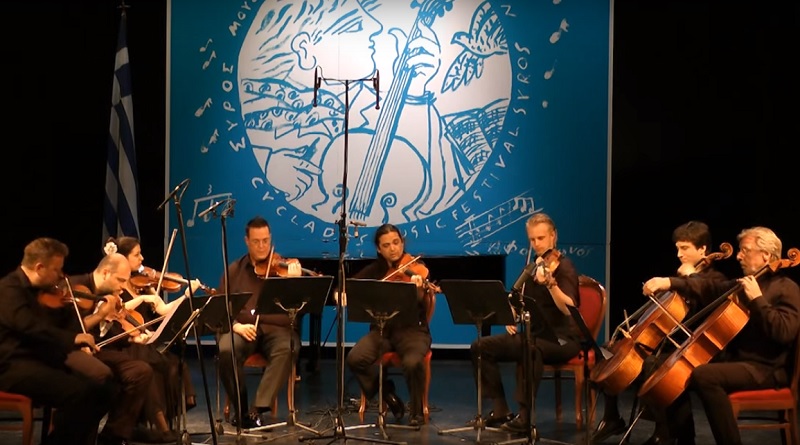 Syros, the capital of the Cyclades, hosts the most prestigious classical event of the Aegean. The International Classical Music festival of the Cyclades is taking place under the umbrella of the EFFE (Europe for Festivals, Festivals for Europe, Label for 2015-2016) and it brings together world renown soloists and ensembles, providing the solid ground for international chamber music creativity and presenting masterclasses and concerts to a wide audience from all over the world.

The International Classical Music Festival of Cyclades (ICMFC) was inaugurated in 2004 in the “Noblesse of the Cyclades”, as the locals call the island of Syros, by Fotis Karayannopoulos, Kostas Fotopoulos, George Foufopoulos and the violinist Yannos Margaziotis, Concertmaster with the Greek National Opera Orchestra and Artistic Director of the festival.

As every year, this festival edition features distinguished soloists from Greece and Turkey, members of National Orchestras, as well as Artis ensemble and Ventus ensemble and the leading Greek mezzo soprano Irini Karayanni.

All events will be held in the Apollo Theatre of Syros, an architectural masterpiece of the 19th century, which is placed in the centre of the capital town of Syros, Hermoupoulis, and is a miniature replica of La Scala di Milan.

Reviving the european musical tradition of the 19th century in the city of Hermoupolis, the Festival offers a unique experience for classical music lovers. Alongside, it is an excellent option for those wishing to combine their sea-and-sun holidays in the Cyclades with a classical music event of excellence. 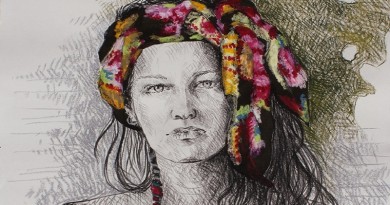 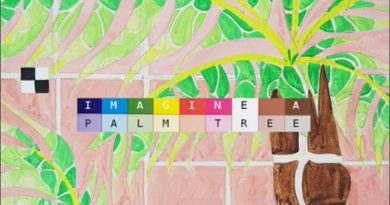 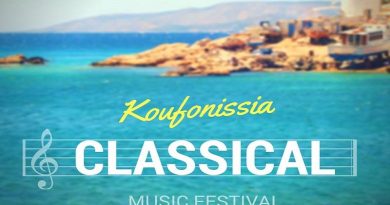