Fast Forward Festival 3: On the border(line)s of art 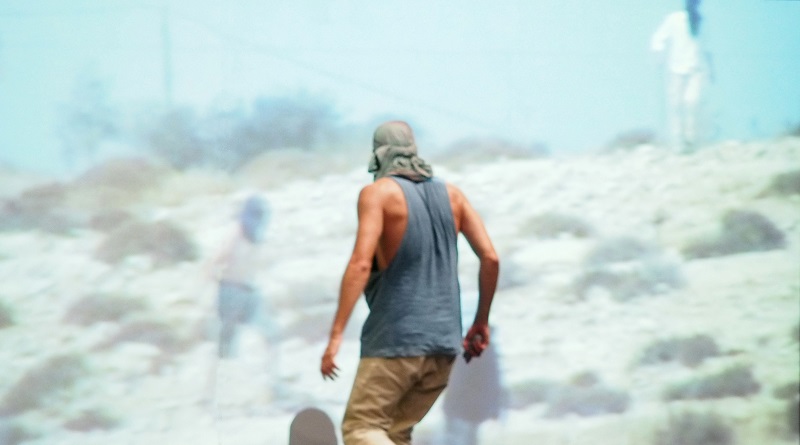 Can you imagine a city with round houses made of stone and wood, their windows open wide, with schools for everyone and a huge bakery handing out warm loaves every day? Can you imagine a society in which fear is replaced by respect and everyone can imagine their tomorrow?

It is with these fragments of the dreams and desires of Athenian residents, adults and children, showcased in the black-and-white posters by Tim Etchells which have appeared in Athens’ streets, that the 3rd Fast Forward Festival (FFF) opens, composing a social counter-geography of the city.

This year, the FFF will be focusing on the thin line which separates the powerful from the powerless, revolution from civil war, democracy from autocracy. With its epicentre fixed firmly in public space, the Festival negotiates the issue of borders and boundaries, identifying practices and strategies that can help transcend them through art. Geographical and symbolic, cultural and social, national and internal, borders are the dominant (geo)political narrative of our day in the war zones of the world, but in our ‘united’ Europe, too. Regions, cities, villages and neighbourhoods are being redrawn, militarized, surveilled, sealed off and carved up. Occupying, as it does every year, the grey zone between theatre, dance, performance, film and contemporary art, the 3rd FFF invites audiences to singular artistic experiences which dialectically combine documentary with fiction, participation with observation, critical analysis with artistic imagination. Artists from Amsterdam, Beirut, Brussels, Cape Town, Melbourne, Ramallah, Sheffield and Tel Aviv propose alternative geopolitical and cultural narratives in artistic terms.

Thomas Bellinck creates a futuristic museum dedicated to the Rise and Fall of the European Union in the labyrinthine building that formerly housed the Greek Ministry of Labour on Peiraios Street. Adding new “chapters” especially for Athens, he seeks to broaden and deepen the debate on the impasses facing Europe today.

In Exhibit B, the controversial “human installation” that is being set up in the old offices of the Union of Foreign Press Correspondents on Akadimias Street, Brett Bailey condemns the atrocities perpetrated by Europe’s Great Powers in Africa, but also contemporary Western practices in relation to the influx of migrants and refugees.

Bruce Gladwin and the Back to Back Theatre insinuate themselves discreetly into the everyday life of Syntagma Square with a unique production-commentary on the dead-ends facing Western societies.

Inside the OCC, the visual artist and performer Tania El Khoury invites us to her Gardens Speak installation to open our ears to personal stories that bring to the surface a different aspect of the war in Syria -one that is at risk of being forgotten following the militarization and Islamization of the revolution.

Arkadi Zaides trains his critical gaze on the occupied West Bank and explores the human rights violations perpetrated on a daily basis by fundamentalist Israeli settlers, while Edit Kaldor brings social media into the theatre to create a virtual social movement on the boundaries between art and activism.

In the context of the parallel actions and international symposium on spatial policies and post-colonial strategies in the Middle East which the FFF is staging in collaboration with the Athens Biennial, the artist and activist Khaled Jarrar talks about the painful everyday Palestinian reality on the occasion of the screening of his award-winning documentary, Infiltrators.