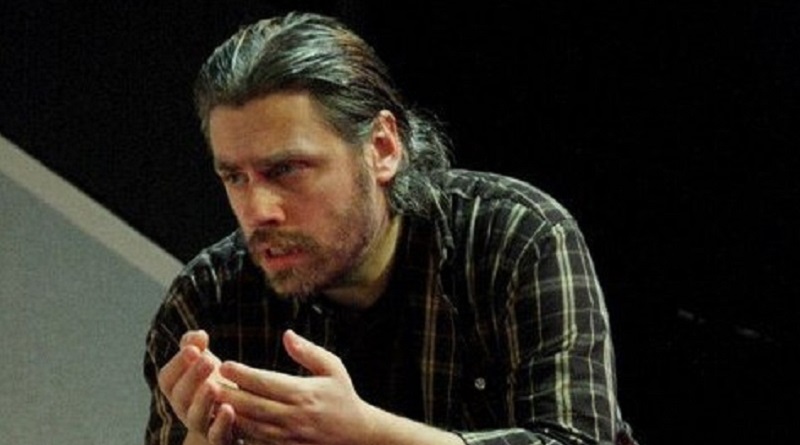 “First Date” is a musical based on the book by Austin Winsberg, that premiered in 2012 at Seattle’s ACT Theatre. The story is based on the concept of a blind date, that is taking place in a New York restaurant between Aaron and Casey, two very different people. “They don’t look like a match” , says Anthony Burk, who translated the play into Greek, but eventually…that’s only on the outside!”.

Actor, director and drama teacher Anthony Burk has translated many plays for the Greek theatre. While speaking to EmbassyNews.net about the “First Date”, he also shared his love for musicals and a passion he discovered after years of acting: teaching drama to children.

Question: What motivated you translate the play?
Anthony Burk: The play was first produced in Seattle in 2012, on Broadway – New York in 2013 and in other major cities in the U.S. It’s been presented in Italy, Spain, Mexico, Japan and now in Greece.
I love musicals and it’s always been my dream to translate or direct or play in musicals. When our friends Efi (Meravoglou) and Giorgos first approached Pepi (Moschovakou) to direct “First Date”, I was sitting next to her and I immediately googled it. When I heard the music, I was amazed and I said: “I have to translate it!” I wasn’t thinking of being in it at first but I couldn’t say no, once I got involved in the translation and the audition process. I couldn’t stay away and I got a small part, the role of the waiter.

Question: Was it the music or the lyrics that attracted you at first?
Anthony Burk: A little bit of both. Of course the first thing you hear in a musical is the music. It was contemporary, catchy, it had a bit of a rock sound, a pop sound and a couple of songs “typical” for a musical, the variety was there. But then there is the story. We are witnessing a blind date, so you have two main characters and the people around them, who turn to different people at some point in the play. They turn into voices, like the ones we hear in our heads in real time. Sometimes they appear in front of them as people from their present or their past, like the best friend, the ex-boyfriend, their parents and so on.

Question: Did you proceed with changes in the characters or in the text?
Anthony Burk: No, I never do that! I’ve translated a lot of plays, mostly American. Even with the lyrics: It’s obviously difficult to translate English two-syllable words to Greek three (or more)- syllable words, but even then I try to stay true to at least the meaning of the text. I hate it when they change the play, when they make it more “Greek”. My opinion is that if you want to change it, then better choose a Greek play!

How does the Greek audience relate to the New York characters?
Anthony Burk: First of all, I have to say that I was born and raised in Greece, I am British on papers and I have a strong connection with the U.S. since I’ve been spending most of my summers there since I was 7 years old. For the past few years I feel like we are very similar to what the States was in the ’80s, with the big cars, the yuppies and the stock market, the malls. We are very similar and the characters are very relatable. The story is about two young people going on a blind date, that look like they shouldn’t be a match but in the end… we’ll see!

Question: Do we see funny situations and moments of inner searching?
Anthony Burk: We see all of that; Funny situations, awkward pauses and things that shouldn’t be said but they are said. All the uncomfortable situations that might encounter on a first date and especially a first date between two people that – at least on the outside – don’t look like a match. He is a yuppie, conservative Jew and she is an artsy, liberal Christian, but not so religious. So, on paper they are a disaster and that’s how it starts. But eventually, this is only on the outside!
I am playing the “weathered” waiter, who – let’s say – he’s seen it all! And there are a couple of surprises. I don’t want to give everything away! Come see it!

Question: Please, introduce the team!
Anthony Burk: We have 7 actors on stage singing and a rock band again on stage. Director Pepi Moschovakou, my wife in life, is also an actress which helps, speaking from my own experience. You know what you are asking your actors to do when you are an actor yourself. She has a way of working that is very collaborative; she listens, and then tries to take the best out of everyone.
The two people on a blind date are Efi Meravoglou, actress, director and an acting teacher and actor Dionysis Nikolopoulos, who have collaborated in the past.
Around 60 people auditioned before we found Aris Plaskasovitis, Antonis Varthalitis Irinna Keramyda and Tatiana Skanatovits, all of them talented actors with very nice voices, with experience in musicals and excellent people to work with. We had very little time to prepare, but we were all very committed and it worked out.
Our musicians are Alexandros Dermanis (guitar), Dimitris Koliggris (bass guitar), Nikos Korpas (keyboards), Manos Panagiotaris (drums).
Labrini Kardara has been working with us for many years and she is responsible for the set design and the costumes. Alexandra Barouti is our choreographer. Andriana Stavridopoulou is the assistant director and Yiorgos Kaltsas is our producer.
The premier was on April 4th and the audience’s first reception was amazing!

Question: You said you loved musicals. What is your opinion on the musicals currently staged in Greece?
Anthony Burk: We now see many musicals on stage, this year especially. “Billy Eliot” was on, “The Adams Family”, “Victor Victoria”, “Sweet Charity”. I think that we have a long history in musical theatre and it is very appealing to the Greeks, whether it’s an operetta or an “epitheorisi”. Tickets used to be very expensive and there had been a notion that Greeks don’t like musicals but I think they do. They just want them to be good! And you have to have people that know what they are doing; actors that can sing and dance, as well as good directors.
At first there were a few producers making musicals but now that’s not the case. Big theatres choose big productions and a musical is a big production. I think that if creators commit to it and they start training people for musicals, there would be an audience. In England or the United States, actors that participate in musicals are trained specifically for that. Their background is about dancing and singing.
Of course there are actors in Greece that surprise you in the best way. Grigoris Valtinos for example who made a musical last year, but also a decade ago… he was brilliant! There are actors we didn’t know they could sing and dance like Tania Trypi, who is a very good actress, singer and dancer but no one knew she could do all that!

Question: Is there a new project underway or a production you’d like to get involved in?
Anthony Burk: I am currently teaching drama at the International School of Athens, a job that is taking a lot of my time. I have kind of withdrawn from the Greek theatre, but this play got me started again. I am looking for new ideas, something that demands a small cast and a lower budget.

Question: Does this also include acting?
Anthony Burk: I do miss acting, but I said to myself a few years ago, that in order to return, it would have to be an intriguing offer and a role that pays. I am acting and directing within the framework of the productions staged at the International School of Athens. We’ve done “The Fantasticks”, “The Blood Brothers”, “The Little Shop of Horrors”, with the children.

Question: Do you enjoy working with children?
Anthony Burk: It is in my field. It was an opportunity that came and I found myself enjoying it very much. I have some students that have graduated; they are in high school now and they say that I’ve influenced them in their decision to pursue acting. Of course I am trying to discourage them… (laughs) but no! You don’t choose to become an actor, it’s a need! You don’t choose to breathe but you breathe. My advice is that if you cannot live without it, then by all means go for it, but know that it is very difficult!
Watching the children grow, helping them mold into characters, love theatre as an audience – which is really important, instilling them that a nation’s culture is not how much art they produce but how they observe the arts, how they are as an audience whether they watch a movie, a theatre play, an exhibition… Not everything is for everybody but I want them to show respect! Art is there to feel or not feel, like or dislike and hopefully open a discussion.

Question: How has your daughter affected you as an artist and a teacher?
Anthony Burk: My outlook on life has really changed. I see everything through a different perspective. There are plays and works of literature, songs that touch me in a completely different way. A lot of things sound different. Even as a teacher I am slightly different. I always cared, I’ve always been open and I listened but now I think twice before reprimanding a child about something, thinking that it could be my own child in that position. It’s amazing watching her grow! I think it’s hard for her to escape arts with her background. We are directors and actors, my mother, Evgenia Syrioti, is a singer and a pianist. She is already singing and dancing and acting a little bit. I want her to include arts in her life, but it’s up to her to do whatever she wants! 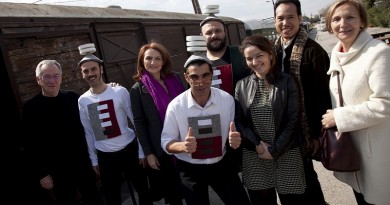 The Australian Embassy supports the children of “Merimna” 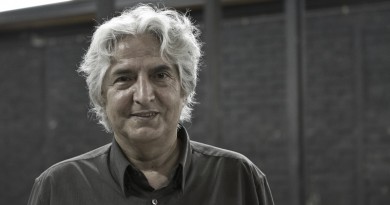