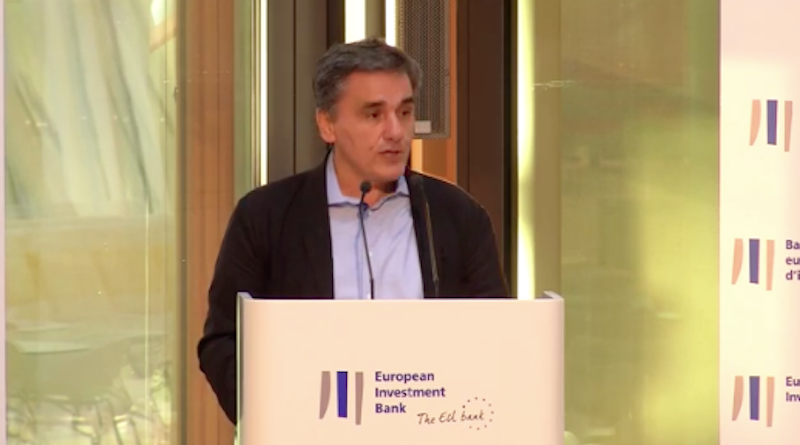 Finance Minister Euclid Tsakalotos visited the European Investment Bank (EIB) in Luxembourg last week for discussions with EIB President Werner Hoyer about EIB activity in Greece and to speak at a Bridge Forum Dialogue event on the efforts his country is making to emerge from its economic and financial crisis.

Prior to the Bridge Forum Dialogue event, entitled ‘Recovering from the crisis: Macroeconomic versus Real economy and social dimensions’, Minister Tsakalotos praised the EIB for its support for Greece. “As we have seen there is a huge problem in commercial banking in that it tends to be pro-cyclical in its lending… to have a bank (the EIB) that is countercyclical and lends also in bad times is a great advantage,” he told a news conference.

The EIB has been standing by Greece as a major support throughout the crisis and it intends to continue in this way towards economic recovery. In 2015 the EIB provided about EUR 1.35 billion in finance and is aiming to provide close to a similar amount this year for priority investments across the country.

Minister Tsakalotos noted that Europe is at a crossroads and thanked the EIB for standing by Greece in good and bad times, and predicted that Greece would have a third quarter of consecutive growth. “Greece is close to a turning point… We are expecting growth figures for 2017 and 2018 of well over 2 per cent for both years. However, Greece realizes that in order to be sustainable, we must have a growth model that does not return to the status quo ante.”

Minister Tsakalotos said Greece wanted to promote environmentally-friendly and more socially-inclusive growth across the country. He added that the Greek government would present its development and investment strategy to the institutions (EC, ECB, ESM and IMF) that are overseeing its macro-economic adjustment within the next couple of months.

The Greek Finance Minister also visited other Luxembourg-based institutions and authorities, including the European Stability Mechanism (ESM) and the Ministry of Finance. 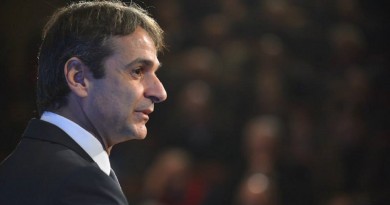 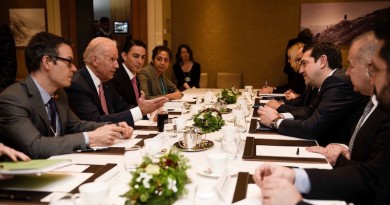 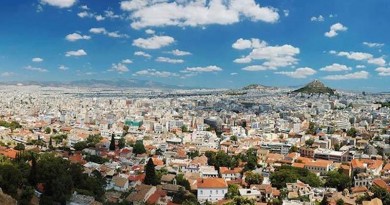